Twice a month I get to work with fourth graders at a local school. The district has a stated commitment to racial equity and has been considering culturally responsive strategies with faculty and staff. When some middle school students of color reported a series of racial microaggressions, the administration instituted racial affinity groups in 4th grade as one way of addressing issues of bias and stereotypes at a younger age. I partner with an educator of color who meets with the students of color at the same time as I meet with the white students. We also have several multiracial students who move between our two groups depending on their needs and identity.

During our first meeting, I asked the white kids three questions. I put them up on big pieces of poster paper, and they wrote their answers on post-its. Here were the questions:

1. Where did the term “white” come from?
2. What does it mean to be “white” to you?
3. Have you ever heard any stereotypes about white people?

I have about 30 kids in the group. Three of them had an answer for the first question, something like “our skin is lightly colored.” Most said “I never thought about it” or “I don’t know.” For the second question, the majority said they had no idea because they had never thought about it before. One said, “I have a specific race.” Here was another response: “Lots of people say that black people were treated worse than white people. So, on the outside, I feel a little glad that I am white, but I feel bad for black people and how they were treated back then.”

The stereotype question elicited a wide range of responses (asterisk indicates a response was given by more than one child):

I was struck by the fact that these white children, who had a really hard time identifying as white, were aware of many stereotypes associated with whiteness. And as a point of intersectionality, they tend to make many comments related to gender identity and expression along with race and ethnicity. I have also noticed that when I arrive at school, the students are excited for our group. So, here are children who are eager for these discussions, but who tell me they don’t have these kinds of conversations on a regular basis.

Each time we meet, I inquire: Are we getting a better understanding of what it means to be white? Many of my white students say they are still not sure, but they are seeing things they never saw before. Recently, one white girl ran into our meeting space, anxious to share with me that she had just seen the movie Black Panther: “And, Elizabeth, did you know that almost every person in the movie had brown skin? I’ve never seen a movie with so many brown people. It was awesome!” I consider it a privilege to be on this racial identity journey with these kids. I often think about what it might have meant for me if I could have had these conversations at their age. And I know that if we can get these kids to understand that racial differences are simply that – just differences – they will not attach notions of deficit to those differences.

Just last week we watched a scene from Brown Eyes, Blue Eyes with all the students in the affinity group program. This was Jane Elliot’s experiment with her class of 3rd graders back in 1968. When Dr. King was assassinated, she wanted a way for all her white children in Iowa to understand the significance of racial prejudice. Our affinity groups kids sat riveted to their seats as they watched what happened to the children as Elliot first favored one eye color and then the other. The students exclaimed, “That’s not fair!” and “I don’t like this experiment at all!” We then talked about the power of stereotypes and what they want to do to heed Elliot’s call, “It’s time to kill the stereotypes.” They had great ideas of ways to challenge their own thinking and what to do when a stereotype “pops into their heads.”

As I reflect on all we are trying to do in schools, it amazes me that this program takes only one hour per month. 60 minutes to give these children an opportunity to think deeply about who they are and what that means. I’m lucky to partner with an amazing co-facilitator and two willing school counselors, but when all is said and done, it has been relatively easy to set up this program because there was a will to do it – a clear mandate from school leadership that these conversations matter. Children who participate in racial affinity groups demonstrate higher levels of school connectedness which means higher achievement. So, it’s a win-win. And I can’t wait to hear what they will say next time. 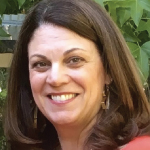 Elizabeth Denevi: Elizabeth is the Associate Director for Mid West Educational Collaborative, a non-profit agency that works with schools nationally to increase equity, promote diversity pedagogy, and implement strategic processes for growth and development. Previously, she served as Director of Studies & Professional Development at Latin School of Chicago. She is the program director for the CATDC’s summer institute, Equity as Excellence, a unique three-day program for California educators to receive concrete tools, research-based strategies, and guided practice to support equity and inclusion work in their schools.