ABOUT THIS IN-PERSON SUMMER INSTITUTE

The Teaching Foundations program is designed to support the growth and success of all teachers—particularly those in their early years at independent schools—by focusing on foundational areas of teaching. Clearly, COVID-19 continues to change the landscape of teaching and learning, presenting us with new challenges and opportunities in the field of education. Teachers must be ready for new forms of learning, adopting and refining their curriculum and practice to respond to the ever changing demands while simultaneously developing a steadiness that promotes their own well-being and safeguards the social-emotional needs of their students.

Sessions are organized around the following topics: identity and culture (self, school, and learning environment); lesson design and pedagogy; building successful professional relationships; communication and feedback; and sustaining a career in teaching.

Led by master teachers, administrators, and guest presenters, this respected program provides participants with personalized attention and specific instruction that is adaptable for all grade levels. Emphasis is placed on modeling and using inclusive practices for lesson planning, classroom management, and assessment, as well as on developing time management and communication skills, cultural humility, and confidence as an advisor and leader. Even seasoned teachers find useful tools and benefit from the opportunity to work with top educators in a supportive, inclusive atmosphere.

The health and safety of participants is our utmost concern. All attendees are required to wear KN95 and/or double-masks (with a surgical mask covered by a cloth mask or two surgical masks) for all indoor spaces. Before participants enter the Head-Royce campus, they must present a vaccination card (showing they are fully vaccinated) upon check-in at the Gatehouse. “Fully vaccinated” means at least 14 days after the third dose (booster). Approved visitors should self-monitor symptoms and refrain from coming to campus when not feeling well. All visitors to campus who are symptomatic and test positive for COVID-19 within 48 hours of their visit, must report this to CATDC as soon as possible. Anyone who does not submit proof of full vaccination, who shows symptoms of COVID-19 during the session, or who refuses to comply with our host school's requirements will not be able to attend. 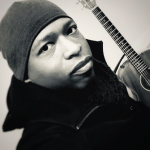 Terrence Brewer is a first-call and in-demand bandleader, record producer, concert performer, studio musician, and one of the San Francisco Bay area’s foremost and sought after music educators. Brewer, a multi-award winning guitarist and a voting member of the Grammy’s, has produced and released 11 nationally acclaimed albums on the record label Strong Brew Music he started in 2006. When Brewer is not touring regionally and nationally, he is on the faculty for the San Francisco Conservatory of Music, The Oakland Public Conservatory, San Francisco University High School, and SFJAZZ. Brewer, also, curates and creates curriculum, facilitates master classes, clinics, workshops, and lectures for the likes of Stanford Jazz Workshop, SFJAZZ, The California Jazz Conservatory, Jazz Camp West, Blue Bear School of Music, Lafayette Summer Music Workshop, CMEA (California Music Educators Association), and presenting at colleges, high schools, and middles schools throughout California and across the country. 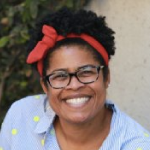 Malika Carter has taught in public and private schools for over 20 years. Currently, she serves as Director of Curriculum Design and Continuity at Live Oak School. As a coach, administrator, teacher, and mentor, Malika strives to create safe spaces for students and adults to show up with their full selves and authentic identities. As a constructivist, she believes in co-creating learning experiences centered around justice, equity, and inclusion. 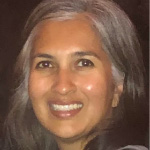 Shoba Farrell is the Assistant Dean for Professional Growth at San Francisco University High School. She teaches math and coaches teachers on their teaching practice, academic and social-emotional support of students. She also serves on the board of two San Francisco non-profits. Shoba lives in San Francisco with her spouse, who is also an educator, and their two children. 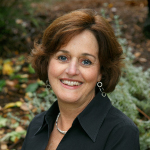 Leslie Powell is a veteran educator and lifelong learner with a degree in developmental psychology and a multiple subjects credential. In her tenure at Head-Royce she has held many leadership positions including lead teacher, Dean of Faculty & Students in the summer program, Intern Teacher program director as well as her current role as Assistant Head of Lower School. She believes in skillful and effective communication as a means to foster strong, positive relationships and authentic dialogue. 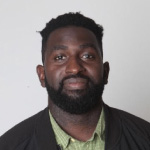 Clarke Weatherspoon currently serves as the Middle School Head of San Francisco Friends School. Starting July 2022, Clarke will begin a new position as Head of School of Waverly School in Pasadena, CA. Prior to his current position he served as the Dean of Equity and Inclusion at the Urban School of San Francisco, teaching Identity and Ethnic Studies and Junior Service Learning. During his many years at Urban he also served as the 9th/10th grade dean and taught history courses for 10 years. In 2017 Clarke earned The Hero Award from A Better Chance for his youth empowerment and advocacy work.